Most Common Diseases in Latin America and the Caribbean

Home / News / Most Common Diseases in Latin America and the Caribbean 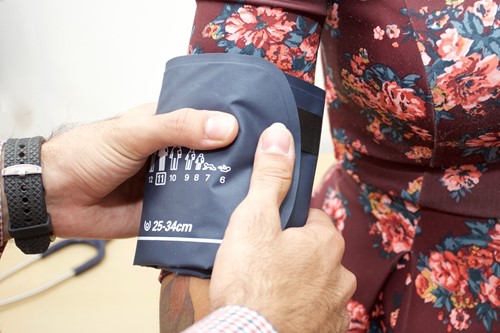 Latin America and the Caribbean are a group of nations that have suffered demographic, environmental and behavior changes over time; as a result, their people have significantly modified their lifestyle. Consequently, the rates of cardiovascular, endocrine and liver diseases have increased considerably.

Each nation has taken different actions to try to solve this situation. Sadly, the lack of medicine, suitable medical equipment, and the programs that keep their staff qualified have not been carried out successfully; part of the reason is the economic situations that these countries are going through.

Socioeconomic Problems in Latin America and the Caribbean

According to reports issued by the World Health Organization (WHO) and the Pan American Health Organization (PAHO), these nations show the most socioeconomic inequalities in the region of the Americas, this has increased the number of deaths caused by non communicable diseases, like cardiovascular diseases, diabetes or cancer.

These socioeconomic features translate into the adoption of a sedentary lifestyle, a rise in processed food consumption, a drastic evolution of urbanism projects that increase pollution and the incorrect implementation of drinking water systems that bring one of the 10 most common diseases in the region: cirrhosis. Therefore making liver diseases such as Hepatitis A and E the cause of 3.06% of the deaths in the region. We must also take into account that, according to a report from WHO 78% of liver disease patients have suffered from primary cancer.

When identifying the different diseases in Latin American and Caribbean countries, we found it can be done in two categories: the first are diseases caused by insects such as malaria, chikungunya or dengue.

The second outlines a series of diseases where proper treatment or early diagnosis may be decisive for a persons life. There are many diseases like this in Latin America and the Caribbean, such a as cardiovascular diseases or strokes, which are linked to excess consumption of fat, tobacco or alcohol.

Faced with a significant hygiene crisis in the region and the lack of programs that provide access to treatment or surgical procedures, countries such as Chile, Mexico, Argentina and Venezuela have created laws and foundations that promote the education of medical professionals as well as the donation of medical supplies.

Fundahígado America is one of those programs that could change the lives of many people with their training program and the implementation of their transplant program in countries in need.

Since Fundahígado America was created in 2011, many meetings have achieved the consolidation of alliances with countries such as Guatemala, Dominican Republic and Costa Rica in search of replicating the work done by the only active transplant program in Venezuela at the moment: Fundahígado.

If you are interested in contributing to help different children and adults who are currently facing liver disease, don’t hesitate to ask for more information about them at Fundahígado America.

If you wish to make a donation to our foundation, here is the link you can use to continue to bring hope to millions of children waiting for a liver transplant: Gofundme.