Foods that damage the liver

Home / News / Foods that damage the liver and should be avoided 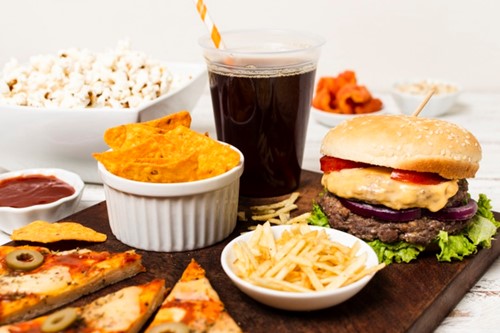 The liver is a vital organ for body processes that can be affected by a poor diet. It is common to see that one of the first recommendations made to take care of this organ is to reduce alcohol consumption, but there are also other foods that damage the liver and are within easy reach most of the time; therefore, people tend to consume them without thinking about their consequences.

A disordered diet makes people more prone to suffer from diseases such as fatty liver disease, and even chronic conditions such as liver cirrhosis.

These dietary problems, when combined with other pre-existing conditions such as obesity, diabetes, high cholesterol or triglycerides, metabolic syndrome, among others, generate an increase in fat deposits in the liver, which hinders its functions. Sometimes, this excess fat can be toxic to liver cells, causing scarring and inflammation in the liver.

WHAT ARE THE FOODS THAT DAMAGE THE LIVER?

Several of the foods listed below can be consumed in moderate amounts by people in optimal health who eat a healthy diet most of the time. However, if you suffer from the conditions listed above or others that may affect the liver, you should consult with a medical specialist to ensure that you follow a dietary regimen that does not make them worse.

Sweets, cookies, cakes, among other desserts, often include sugar as their main ingredient, but there are also other foods high in refined sugars that may go unnoticed.

Sugar is often present in many processed food products that, although they may be considered healthy, are harmful if consumed in excess. Fruit juices, prepared sauces, sodas, among other foods may contain sugars that damage the liver.

High blood sugar levels contribute to the accumulation of fat in the liver. Whole fruits are often the best choices for substituting these foods, as well as homemade sauces and desserts since you can measure the amount of sugar added to them and make substitutions as needed.

Fried foods are often detrimental to overall health because they contain an excessive amount of calories from unhealthy fats that are stored in the body.

This is because saturated or trans fats are more difficult to process, causing them to accumulate in the liver. As a result, the liver can become inflamed, increasing the risk of cirrhosis over time.

Sodium is the main component of salt and is an ingredient that is present in at least 90% of the foods consumed worldwide. Sodium is found particularly in processed foods and the healthy daily intake limit can easily be exceeded with some prepared and homemade items.

The daily limit of sodium that is considered ideal is 1,500 milligrams per day. Too much sodium in the body causes the body to retain fluids, which is detrimental to toxin elimination processes.

Another common food in many preparations and processed and homemade meals is refined wheat flour. It is used to make pasta, bread, pancakes, cakes, cookies, and even added to sauces as a thickener, so it is quite common and easy to consume in excess.

Refined wheat flour and the preparations made with it are usually foods that damage the liver because, once they are processed by the body, they are converted into sugar, which increases blood sugar levels.

On many occasions, these excess sugars remain in the body as energy reserves, which, if not burned with exercise or other body processes, such as digestion, become harmful.

On the other hand, these foods contain very little fiber, which helps to generate a feeling of satiety and is a complex component that the body processes more slowly.

While they are good sources of protein, deli meats, deli meats, and sausages are high in saturated fats, seasonings, and sodium that can be harmful to the liver if consumed in excess.

This is because the liver breaks down and processes protein much slower than other components, so if saturated fats and high amounts of sodium are added, the liver cannot continue to function regularly.

Depending on the cut and preparation, these foods may or may not be harmful to health, therefore, the general recommendation is to limit their consumption and evaluate if fatigue, stomach pains, or other symptoms occur when they are ingested.

These are just some of the foods that damage the liver when consumed in large quantities for very long periods of time. However, if you are a healthy person, a healthy diet should not mean eliminating certain foods, but reconsidering your portions according to what is best for your body.

Assistant to the Fundahigado América coordination