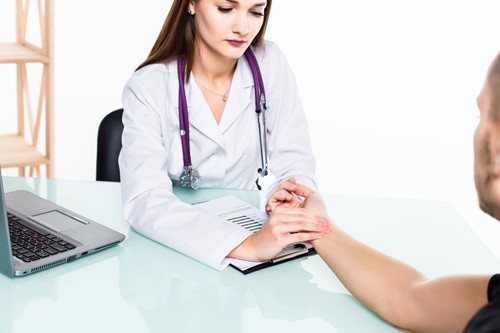 When inflammation occurs in the liver due to fatty liver, it is called steatohepatitis. As a consequence of the inflammation, it is possible that scars may appear in this organ, which is known as fibrosis.

At the same time, fibrosis can lead to cirrhosis, that is, scarring in the liver that affects the functions of the organ because there is a deformation in the structure of it, due to the fact that the liver tissue is replaced by a non-functional scar tissue.

Cirrhosis may cause liver failure, in which case the treating physician may indicate a liver transplant. In addition, advanced stage cirrhosis can result:

As mentioned, fatty liver disease causes inflammation in the liver. In this sense, it is appropriate to know what fatty liver is: it is a condition that affects the accumulation of large amounts of fat in the liver.

In this sense, the high intake of alcohol during a prolonged period of time increases the probability of developing inflammation in the liver. In addition, this risk increases if the person is a woman, if she is obese; it even increases in those people with certain genetic mutations.

The alcoholic fatty liver usually has no symptoms. If it occurs, the person may have nausea, stomach pain, weight loss and energy, as well as decreased appetite. Also blood vessels in the skin similar to the shape of a spider.

Later, fluid accumulation in the abdomen and legs, bleeding and bruising may occur. Even the palms of the hands may become red. In the particular case of men, swelling of the breasts and shrinking of the testicles may occur.

As its name indicates, it is the disease of the fatty liver that is not related to drinking alcohol, and it is classified in two types. One is simple fatty liver, which occurs when even though there is fat in the liver, inflammation is reduced (there may not even be any inflammation).

The second is non-alcoholic hepatic steatosis, where there is inflammation and cell damage in the liver; fat is also present and can lead to cirrhosis or liver cancer.

Non-alcoholic fatty liver disease also usually has no symptoms, if any, it could be tiredness or abdominal discomfort (specifically in the upper right).

Experts still do not know the cause of this disease, even though it is known to affect more frequently individuals who suffer from pre-diabetes, type 2 diabetes, polycystic ovary syndrome and obesity.

It also occurs more frequently in those with elevated triglyceride levels; hypothyroidism and hypopituitarism. As well as metabolic syndrome, elevated cholesterol levels and sleep apnea (breathing stops and starts again).

There are several actions that can be taken to decrease the risk of both types of fatty liver disease and thus prevent inflammation from occurring in the liver. For example: lead a healthy lifestyle, have a healthy and balanced diet, limiting the consumption of sugar, salt and alcoholic beverages. At the same time, carry out physical activity.

Assistant to the coordination of Fundahigado America