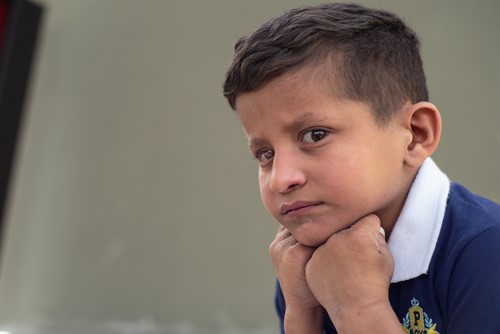 Liver transplantation means for many patients the opportunity to continue living. In the case of children, it becomes more important, due to the high vulnerability of this segment of the population.

That is why pediatric liver transplantation is a high-level surgery that should only be carried out by a team of multidisciplinary specialists.

Dr. Mercedes Martínez -member of Fundahígado América, associate professor at the Columbia University School of Medicine in New York and director of intestinal transplantation in said program- and Dr. Pedro Rivas -Fundahígado América president and founder-, give details about this.

Reasons for performing a liver transplant on a child

It is the most frequent and is defined as a disease of unknown etiology, which consists of the poor development of the bile ducts of the liver. This results in the obstruction of the flow of bile to the gallbladder and it happens to children at an early age.

It should be noted that there are three warning signs that indicate to parents that it is time to go to an evaluation with a hepatologist. This will allow an early diagnosis to make decisions that allow the child to reach a transplant, if needed. The symptoms are:

These are other reasons why a liver transplant may be necessary in children. It is a compendium of diseases in which the organ lacks enzymes to metabolize the food that the infant ingests.

Some metabolic diseases can be managed clinically, while others require a liver transplant, with greater or less urgency.

A child’s nutrition process contains carbohydrates, proteins, and fats. The absorption of these nutrients is carried out in the liver, in the case of metabolic diseases with an enzyme that the child lacks, it can cause great damage in terms of metabolism.

For example: tyrosinemia is one of the most frequent diseases within protein metabolism problems, children who suffer from it will have growth problems and their liver may be affected until liver cirrhosis occurs.

Likewise, if these children are not diagnosed early, they can develop, at a very young age, a type of liver cancer called hepatocellular carcinoma.

There are also other diseases such as those of the urea cycle, which constitute a major medical emergency.

This is because in most severe cases, children can have very high levels of ammonia in the first days of life, which can cause severe, irreparable and irreversible brain damage.

This is why these children are likely to need an early evaluation to give them an appropriate diet, because most of these diseases can be managed for a time with diet and some supplements.

In the long term, some children need a transplant depending on the type of disease, the severity, and the time the diagnosis is made.

They are the third reason for requiring a liver transplant, caused by a genetic mutation. They present symptoms similar to bile duct atresia, but differ in that their origin is known.

In diseases such as Alagille and progressive cholestatic diseases, one of the parents transmits the gene to the child.

In other cases the gene mutates on its own, what they call a new mutation; and there is a third class: recessive intrahepatic diseases, in which both parents carry the mutation and transfer it to the child.

In the case of recessive intra hepatic diseases, there are three types:

The case of Alagille is a more complex syndrome, both due to the presentation and penetration of the gene, which are different.

For example: there are patients from the same family with the same mutation; but some have liver and other lung diseases. Also some have kidney problems and others have vascular malformations in the brain.

In fact, it is a compendium of diseases that when a doctor treats a child with this disease, he really has to have a detailed evaluation of all the systems that may be related.

It is also recommended to avoid arguing that if the patient’s father had this disease and had no liver problems, then the child will not have it.

The fourth cause to determine the need for a transplant is liver tumors – benign or malignant.

The first class of tumors are “benign” for the liver, reason for its name. They also cause heart problems, because they are generally vascular in nature.

In addition, patients may require very early liver transplantation – between the second and third months of the first trimester of the baby’s birth.

Hepatoblastomas – a type of malignant tumor – only manifest in children younger than four years. Its progression is rapid and one of its symptoms is the acute distension of the infant’s abdomen, which parents often believe is constipation.

They require multidisciplinary care and are treated initially with chemotherapy; if they do not respond favorably, a transplant is necessary.

On the other hand, hepatocellular carcinoma is another type of malignant tumor, less frequent in children compared to those mentioned. It is usually of metabolic origin and can be classified into two types:

Caused by hepatitis A, or by excessive intake of drugs such as acetaminophen toxicity. It can also make liver transplantation an emergency because otherwise the patient could not recover and die.

How do you decide which pediatric patient is a priority when it comes to liver transplantation?

There is a score based on the sum of an algorithm that consists of three quantitative variables: bilirubin, the blood clotting factor and albumin called Peld.

Therefore, two scores are applied, called Meld and Peld, both of which are associated with terminal liver disease.

The Meld corresponds to adults, where children over 12 are included. Instead the Peld is the pediatric model for children under 12 years of age.

The algorithm or score called Meld uses two quantitative variables, which include the study of bilirubin levels and clotting factors to determine immediate liver function, corresponding to the last days or weeks.

For its part, the Peld algorithm, applied to children under 12 years of age, in addition to determining liver function as the Meld score, the degree of nutrition and development of your body must also be calculated, which is done through the study of albumin.

Other qualitative variables constitute complications of the disease. It deals with encephalopathy, digestive hemorrhages, itching and growth retardation.

To evaluate the candidate, it goes through an informative process for parents and doctors establish the indications for the transplant, confirming that it is required.

To do this, one of the most important signs to start the transplant evaluation is that the child is not growing well.

Another factor is the function of the kidneys and their interaction between the liver and the other vital organs of the infant’s body.

At the same time, possible contraindications that could make the procedure inconvenient for the patient are ruled out.

At the same time, the child’s social, family and economic factor is evaluated, since after the transplant they will face life-long expenses, such as taking medications and specific nutrition.

In addition to medical controls, hygiene measures; as well as the capacity and time that parents have to attend to the needs of a transplanted child.

It is worth mentioning that liver transplantation converts an acute and lethal disease into a chronic that can be controlled, resulting in a better quality of life for the patient.

For this it is important that the social factor is positive, that is why it is essential to analyze this variable at the time of the evaluation.

The acute ones, which appear two to three weeks after the transplant and are typical of any surgical procedure, such as intestinal bleeding, infections and vascular problems typical of liver transplantation, such as bile leaks. These complications are also immediate or short-term calls.

Among short-term or immediate complications, it is important to mention vascular ones such as thrombosis of the hepatic artery or vein orta. Likewise, the leakage of bile when the connection between the bile ducts and the intestine or the bile duct is made to the bile duct.

To counteract the aforementioned, anticoagulants are administered immediately after transplantation to patients. Because, fundamentally, it is better to deal with short-term bleeding than long-term hepatic artery or vein thrombosis.

Infections are also important, they can be divided into four types: the immediate ones of two to three weeks, the ones we see are related to the surgical procedure or bacterial infections – the advantage is that if we know that the patient has them, we have the necessary and appropriate antibiotics to treat them.

There are others that can arise in the medium and long term, the most important in this group are those caused by viral infections that manifest themselves after three or four weeks of the operation.

They should be given special attention because with immunosuppressants the body does not have the necessary defenses to face them and treatment is difficult. Keep in mind that when the immune system is very suppressed, it makes it difficult to fight the infection.

In many cases the Epstein-Barr virus can be triggered in a malignant disease by a specific type of lymphoma that we see in transplant patients we call post-transplant lymphoproliferative syndrome, which generally occurs after six months to two years.

In the case of cytomegaloviruses, they can carry severe hepatitis as well as gastroenteritis or pneumonia. This virus worries specialists, since treatment is not easy and because other times there is no specific treatment to attack them.

Although these infections are worrisome after long-term transplant, doctors deal with it immediately.

Statistics reveal that the one-year survival of the operation is above 90%; at five years it is 85%.

The end product of all this effort are children who can lead normal lives and become adults capable of starting their own families. So it is concluded that the results are extraordinary!