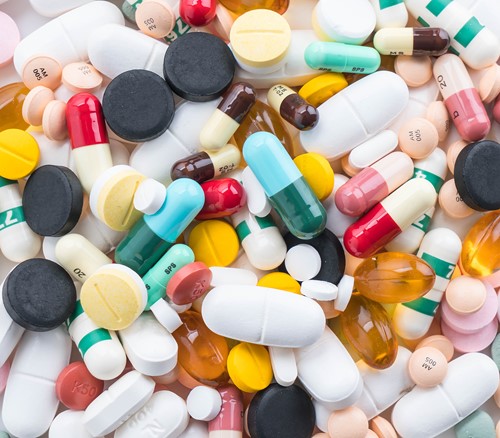 When performing liver transplant surgery, the patient’s life changes, because they have a new opportunity, which is accompanied by new challenges. One of them is represented by the medications you must take to keep the transplanted organ working properly.

The following article will help you understand more about this topic, as it is based on a discussion conducted by Dr. Pedro Rivas -president and founder of Fundahígado América-, with the specialists in the field, the doctors: Mia Schmiedeskamp-Rahe -professor of clinical assistance at the Faculty of Pharmacy at the University of Illinois Chicago, United States- and David Choi -pharmacologist and professor at the same university-.

The conversation of the three health specialists seeks to clarify all doubts about which are the drugs that should be given to post-transplant patients, the justification for their consumption and duration of treatment. As well as the recommended doses and their side effects.

Starting from the premise, liver diseases are characterized by a history of long treatments – which involve the consumption of various drugs – and whose life expectancy in many cases is transplantation. It is important to point out that once the surgery has been performed, the patient must follow new care: control exams and medicine intake.

Moreover, Dr. Rivas comments that in the case of children who have pathologies such as biliary atresia, cholangitis and ascites, or have bleeding, they must consume large amounts of medications for a long time.

In this regard, Dr. Choi clarifies that medications should be taken, including immunosuppressants, these being “the elegant way to call anti-rejection medications, which the transplant patient must begin taking immediately after surgery.”

Therefore, he goes on to say that: “The new liver graft or portion that has been placed in the patient, the body does not recognize as its own, therefore tries to suppress it; that’s when immunosuppressants or anti-rejection drugs fulfill their function, which consists of calming our defense system so that it does not try to eliminate the transplanted organ”.

In relation to the duration of ingestion of immunosuppressants, Dr. Choi added that these should be taken “for the rest of the patient’s life, as there will always be the possibility of rejection.“

He also indicated that at the beginning the amount of medicine to be taken is greater, but over time the amounts and doses are reduced according to each clinical particularity.

Once the vital importance of the consumption of immunosuppressants was clarified, as well as the duration of ingestion of them, the specialists focused on determining within the range of these drugs, which are the most used or recommended.

Furthermore, it was the turn of Dr. Schmiedeskamp-Rhae, who specified that pediatric patients should start taking two to three of these medications, and that gradually, according to their satisfactory evolution, they will only require one of them, with the administration of a daily dose.

He pointed out that tacrolimus and mycophenolate are among the essential immunosuppressants for children who have been transplanted. They also prescribe steroids like prednisone.

Regarding the drug tacrolimus, Dr. Choi indicated that it has the benefit of being easily calculated in the patient’s blood levels. This is vital, since it must be in a middle point – neither too high nor below a certain range-; because in this way its maximum effectiveness is obtained.

He also added that the frequency of administration of tacrolimus is twice a day. He also indicated that at the beginning of the treatment, the patient should be given blood tests twice a week, to make sure that everything is working well.

For his part, Dr. Rivas pointed out that tacrolimus is one of the most widely used immunosuppressants, the dose of which is gradually decreased, according to the weight and the patient’s ability to metabolize the medicine.

He also asked the specialists to explain the differences between parent drugs and generic drugs. So Dr. Schmiedeskamp-Rhae said, “When I think of a drug I try to do it based on the original name.”

“For example, tacrolimus is the common name for a widely used drug, and that is its original name, but pharmaceutical companies may sell it under another name, such as Prograf.” There are generic versions of the drugs.

In summary, specialists agree that if parents have doubts about the name when buying the drugs, it is recommended to consult with the pharmacists or the patient’s treating doctors.

Another important point related to these drugs, are the side effects that can cause the intake and the level of tacrolimus in the bloodstream. Which range from tremors to headaches.

All this with the aim of avoiding causing kidney damage due to prolonged use of the immunosuppressant. In addition, it must be taken into account that there is the possibility of developing diabetes and hypertension, when previously it did not exist.

Another widely used drug in this type of treatment is mycophenolate, which is usually administered twice a day, depending on the patient’s weight. Unlike tacrolimus, its concentration in the blood does not need to be measured.

Among the main side effects, there is an upset stomach manifested with nausea, vomiting and diarrhea. Likewise, patients may present low blood levels.

Doctors also agree that patients, once transplanted, must follow the recommendations that are provided to them. For example, continuing to attend a consultation and perform the established controls, as well as the two blood checks a week, which allow you to see and monitor the levels of the concentration of the drug in the blood.

It is also important to identify side effects and consult with your treating physician to minimize them.

It should be noted that steroids are also part of the most widely used drugs, necessary to administer to transplant patients. Which help prevent rejection of the organ.

Its consumption, however, has side effects such as potential risks of infections, diabetes and high blood pressure.

Likewise, when you are exposed to high doses for a long time of these drugs, possible problems with the bones and the associated risks of fracture, are added. They can also alter the timely growth rate of the patient.

It is worth mentioning that Dr. Schmiedeskamp-Rhae spoke about the importance of prophylactic drugs as well. He commented that this type of remedies are always used in both adult patients and children.

This is due to the fact that by reducing the patient’s immune system as a consequence of the administration of immunosuppressants, they remain vulnerable to various infections at the time of transplantation.

Therefore, intravenous antibiotics should be given as well as antifungals to prevent possible infections.

For example, lung infections that are being prevented, called pneumocystitis pneumonia, are treated by supplying a drug called Bactrim, for a duration of six months to a year.

Other infections to treat that may arise are called cytomegalovirus, for which a drug called valganciclovir must be given for three to six months.

Dr. Schmiedeskamp-Rhae details that fungal infections in the mouth and throat often occur early in the transplant. To treat them, patients are given antifungal medications such as fluconazole.

He also points out that these treatments are administered only for a short time: the prevention period for a lung infection is from six months to a year. For viral infection, between three and six months; whereas for fungal infections, only a few weeks.

It must be taken into account that after a couple of years after the transplant, people should only take their immunosuppressants and perhaps one or another medication to alleviate any secondary symptoms.

In addition, the specialists commented that over time, it is common for some episode of rejection of the transplanted organ to occur.

If it is a mild complication, it can be managed by indicating the administration of low doses of steroids or an increase in the dose of the immunosuppressant.

When there is a case of rejection with more serious symptoms, the patient is instructed to attend the clinic and stay there, to receive higher doses of steroids. These doses are very similar to when the transplant was done with prednisone -commonly administered intravenously-. They generally recover satisfactorily.

Dr. Rivas indicated that today the rate of rejection corrections is very high and successful, because they have excellent drugs and tools to “protect the liver.” In this way the patient can be stabilized and guaranteed a better quality of life.